What a great weekend!!

I want to thank all the competitors, participants, volunteers, and everyone who came out in support of the SMCC.

Most of the volunteers and a handful of psyched bash-goers rolled in on Friday to get everything in order. A large tent city assembled, along with a raised scamp that made its way up the sneaker road. Proud! 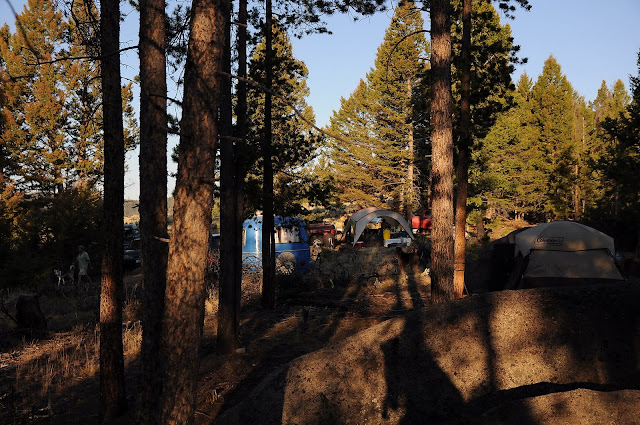 The evening ensued with folks appearing through-out the night. Drinking and greeting gave way to midnight bouldering, laughs could be heard deep in the woods through the darkness. The people were stoked.

The morning came quickly and I ran about with Kevin, getting the problems marked. 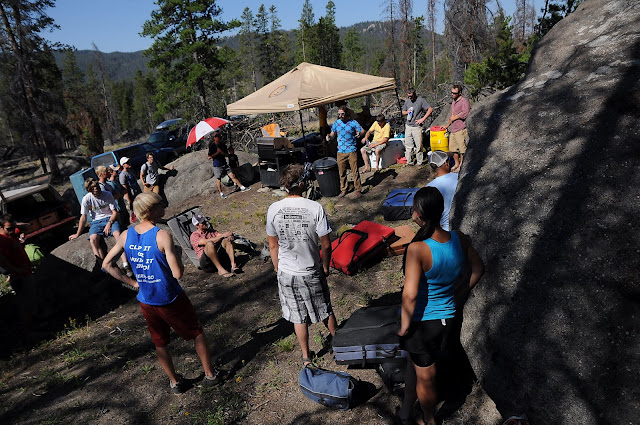 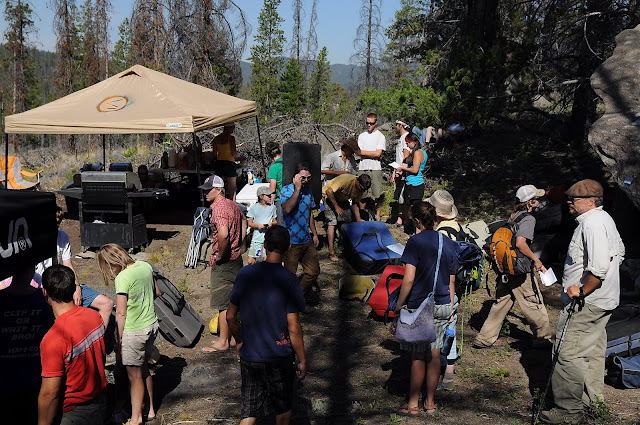 In a flash folks were shoeing up with La Sportiva and Scarpa and venturing onto the boulders to warm up and start explore.. 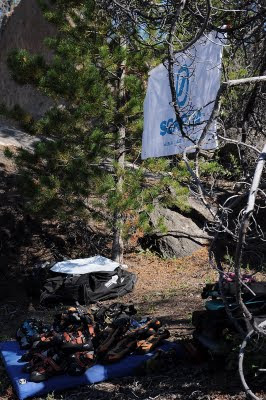 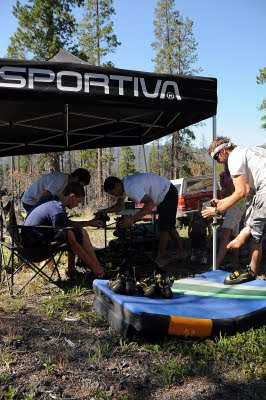 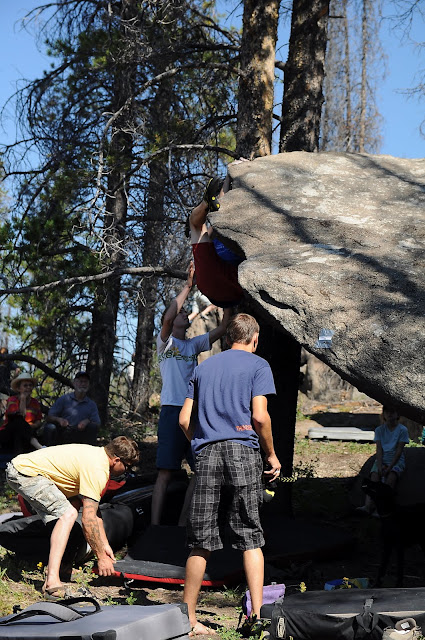 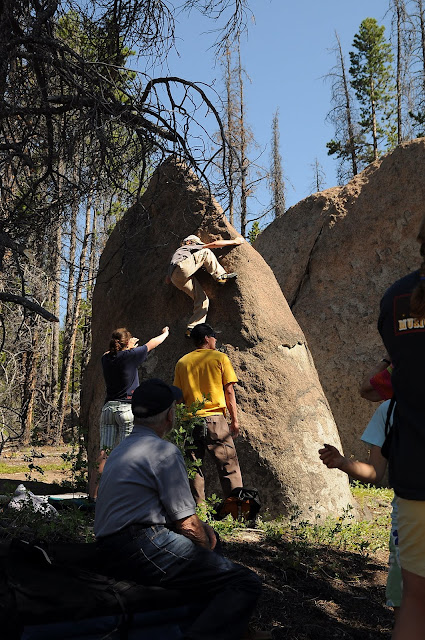 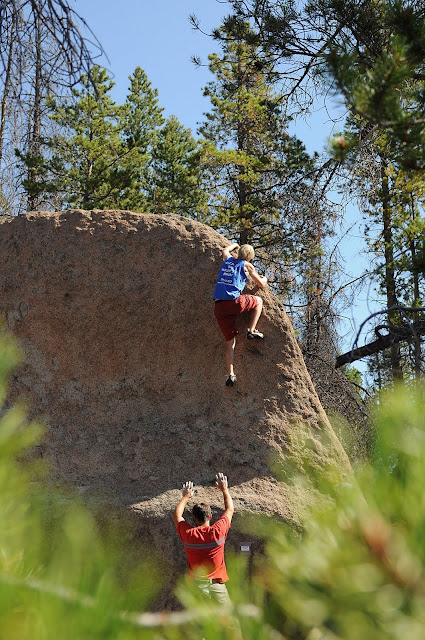 It was great to see so many new faces out in support of the SMCC, and awesome to see people teaming up and working problems together. 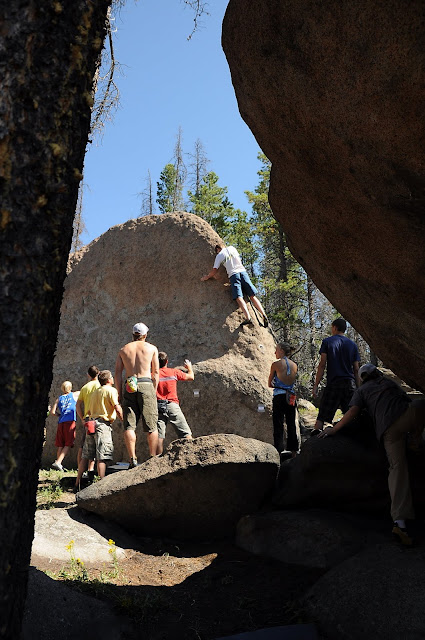 Before I knew it the BBQ was rolling and folks were filtering in to have some local beef, graciously donated by our friend Meesh. Clay, her and a couple others headed up the afternoon BBQ and did a tremendous job. A huge thank you! We couldn't have pulled this off nearly as smooth without ya'll. Currently I'm missing shots from the BBQ, but hopefully I can get some pics added soon.

Tallest and shortest competitors hangin at the BBQ (Photo by: K. Hutchinson)

The heat of the day was fairly intense, and some people went to seek shade and have a short reprieve from the boulders and sun. Others headed right back to battle. 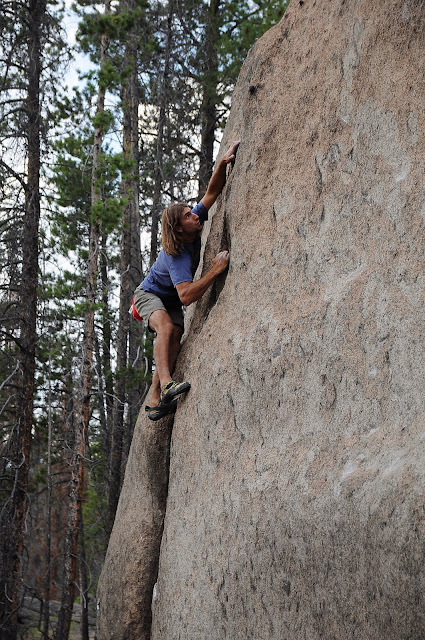 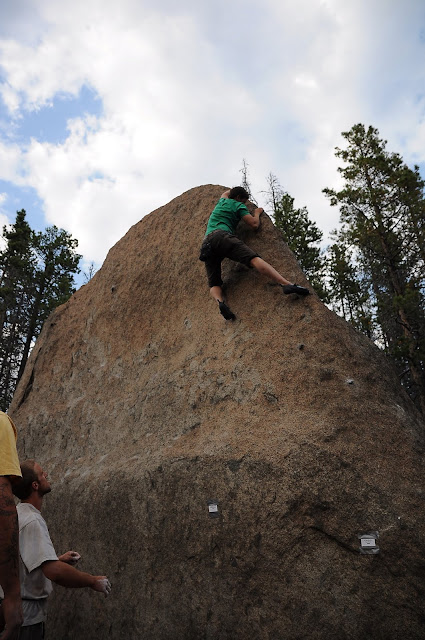 The day winded down and folks filtered into the lodge for beer, more BBQ and the evening festivities. 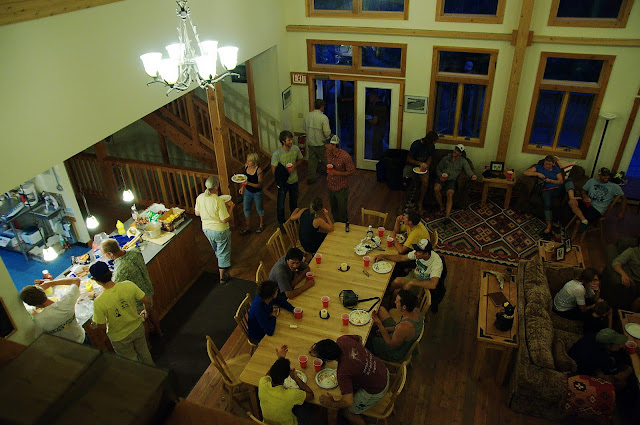 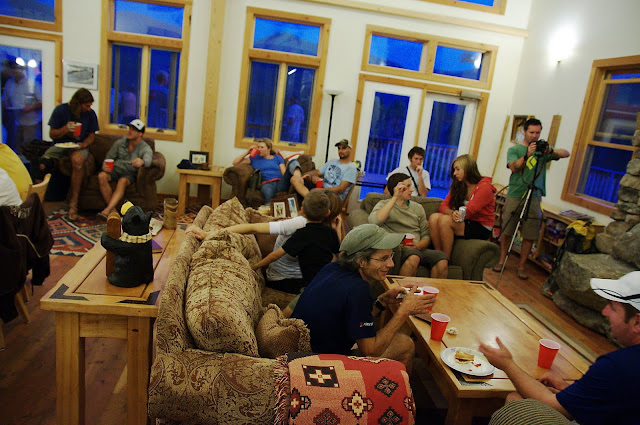 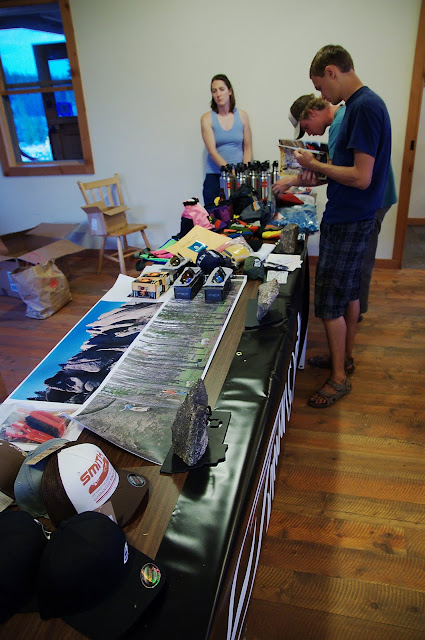 We had great support and the bash attendees were stoked on all the gear! 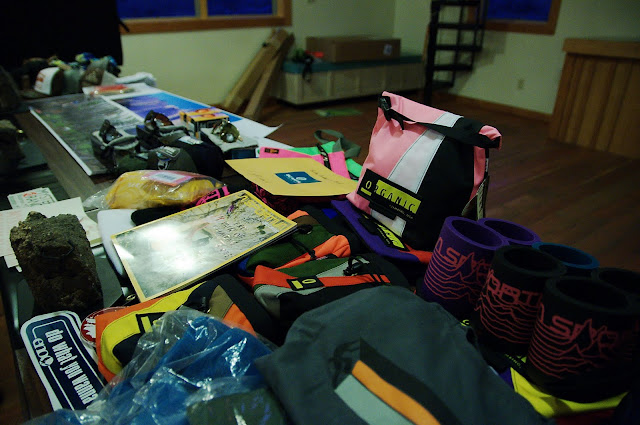 It was a great comp and very friendly.
I was psyched to see Dominick get the FA of the Taco Chip project and subsequently take 1st overall. Nice job!

The winners are as follows: 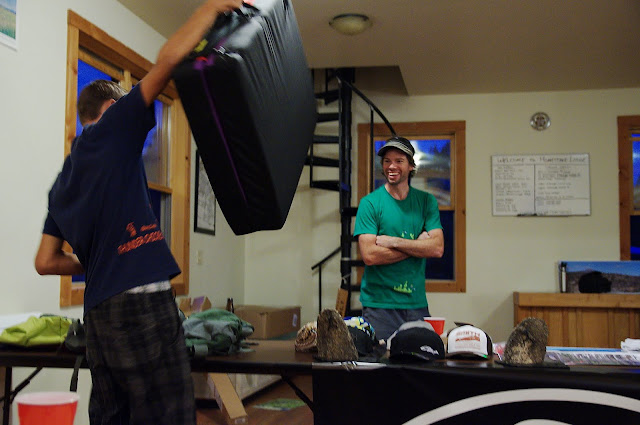 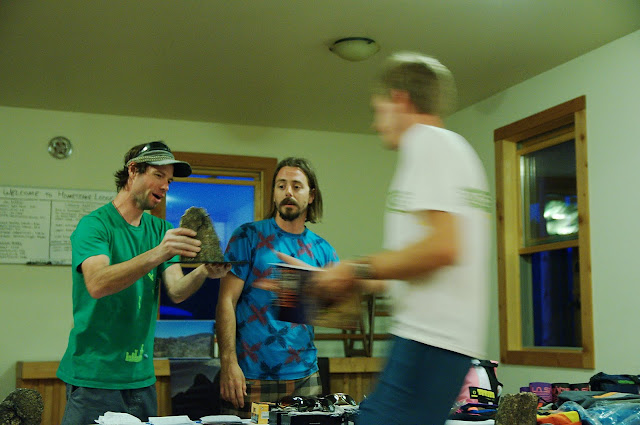 Women's: Inge
Missing a pic at the moment...hoping I can get one soon!

It was also very cool to see Ladd take 3rd in the youth division. Smiles and cheers went up when it was announced. Nice climbing Ladd! 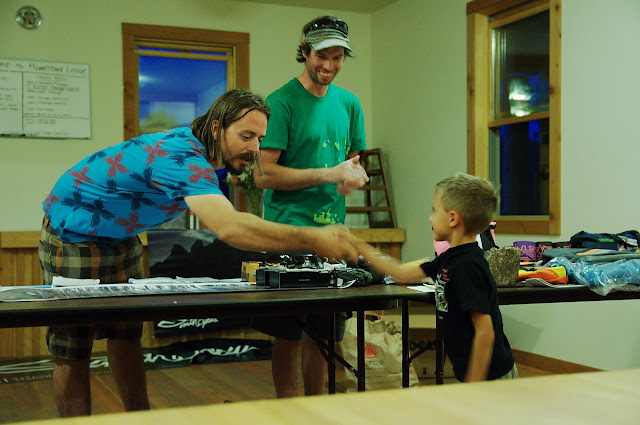 A massive raffle ensued, and folks were grinning ear to ear choosing from a smörgåsbord of stuff.  A huge thanks to our supporters and sponsors helping us make this happen.

We couldn't have done it without you and the SMCC and the Montana climbing community is stronger for it!

The night rounded out with a rockin dance party under the tent featuring DJAJ. SWEET!

Overall it was a blast! It was great to see folks coming from all over to support the Southwest Montana Climbers Coalition, raising money for access, making new connections and friends within our climbing community, and strengthening our ties.

Thanks again for coming out, and hopefully we'll see ya again next year. Hopefully sooner!

Cheers!
Tom Kingsbury
Posted by TKingsbury at 10:57 AM