Halloween in Livingston was rad. A great show by Archer's Mob at the Highsides left me fairly wounded and out of the game for Saturday...unfortunately, Saturday would have been an optimal day to be climbing in the batholith. The stoke was still there though, and Andrew and I headed out Sunday in an effort to call the weather's bluff.

A periodic spatter of rain on the windshield on the drive over signaled what was in store for us. I hoped that the temperatures would rise enough to burn off the clouds and perhaps let us climb. We decided that the stuff towards the top of the pass would probably be the worst choice weather wise, so we opted for the Druthers, being lower in elevation. As we hiked in, the periodic drizzle seemed to be giving us a break. Being it was Andrew's first time checking out the Druthers, I gave him a quick tour, then we set to trying to get some problems in... 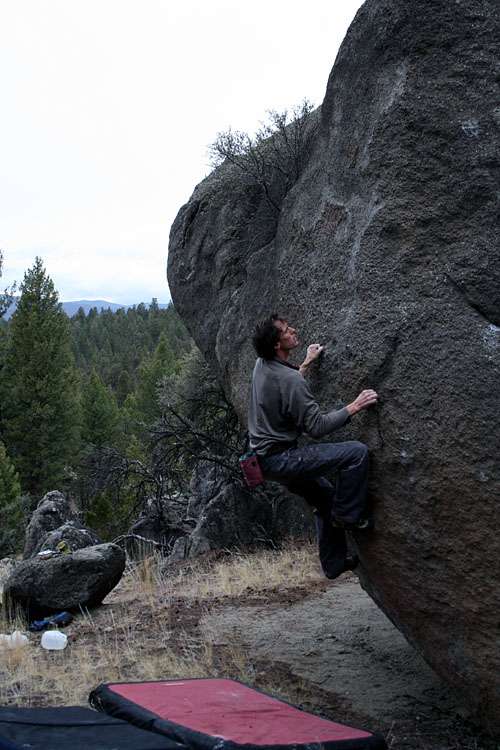 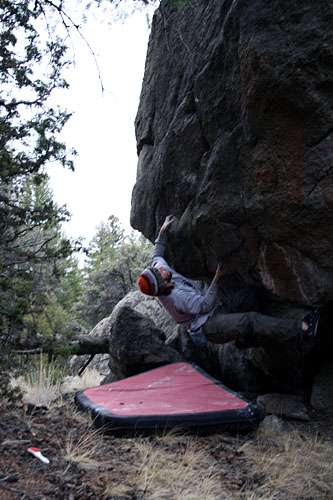 The rain picked up, and we headed for the rig. It was still rather early when we arrived, so we went for an extended cruise on some jeeping roads. Crazy how the times goes by when you are out on the backroads...we ended up driving and running around for over 3 hours. We weren't disappointed...and once again found problems that will draw us back...hopefully the weather cooperates at these elevations...I have a feeling it will... 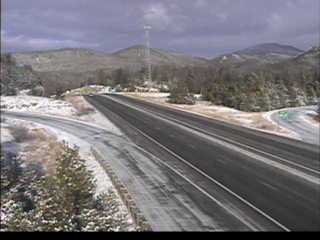 Unless we get another stretch of warm weather, the season on top of the pass is over until spring...though it could happen. Regardless, we need to get out and do some mapping in the Northern Bourbons and the Single Barrels...crazy how many problems were done in the last month or so...right on y'all!

Tom
Posted by TKingsbury at 8:30 AM

Halloween in Livingston is always rad--cemetarys and bottlerockets bring back fond memories. Would've been cool to see the "Mob" there. Maybe I'll get to those backroads if the weather allows.