Brimming with all the hopes and desires of American
youth, he set forth as a leader of sorts. Just what
sorts it is impossible to say at this time. But he had
the imaginary support he needed to venture beyond
the small environment he'd come to know as his
home town.

Friends thought him foolish and felt free to fre-
quently tell him so. Deep down they all felt envy.
Envious that he could muster, where they could not,
the courage that was necessary to embark beyond
the notion that survival was based upon the ability
to rise at seven a.m. five days a week.

He felt joy. And well he should. He was a "babe in
the woods" and a "kid in a candy store" all at the
same time. The world was his oyster and he planned
to shuck it, cover it with Tabasco, and slurp it down
his cake hole all within an "El Sobrante fortnight".

Definition of an "El Sobrante fortnight" is yet to be
determined. But reliable sources say the time span is
somewhere between two weeks and a decade. - Les Claypool and the Holy Mackerel

Another very fun session, this time in the far east of the Boulder Batholith...Melodic bells and a hillside of stone greeted us. It had been about 7 or 8 months since I had been to this particular zone...and that was my first visit. I attempted to bring the crew, Levi, Dean, and the brotherman, to some decent rock...bush whacking ensued though we eventually found what we were looking for... 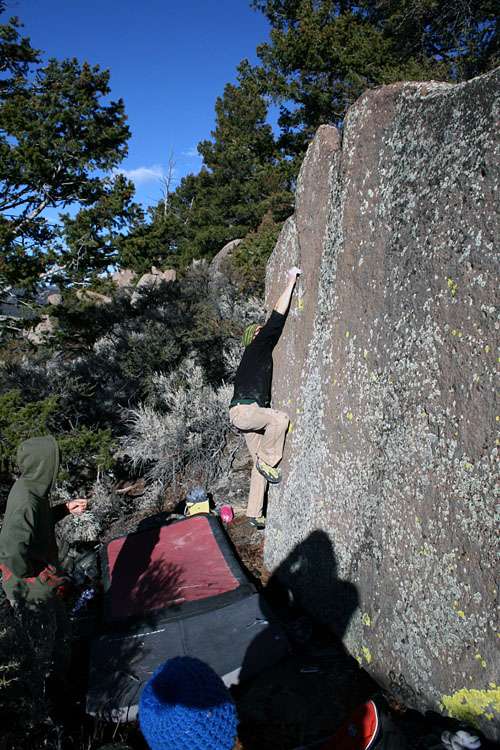 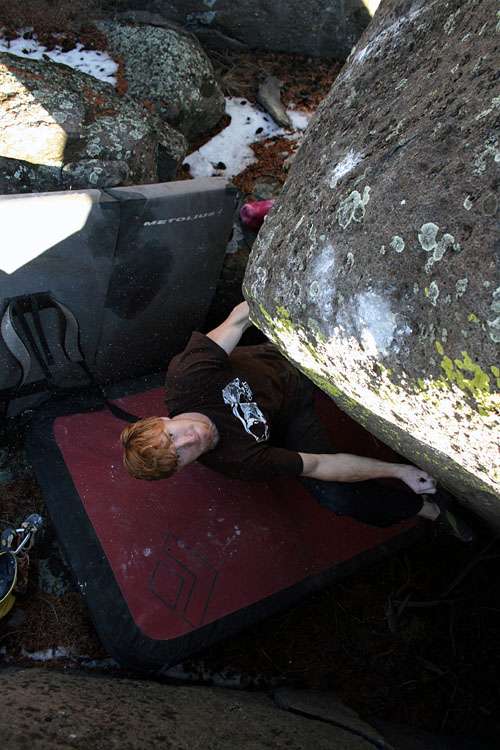 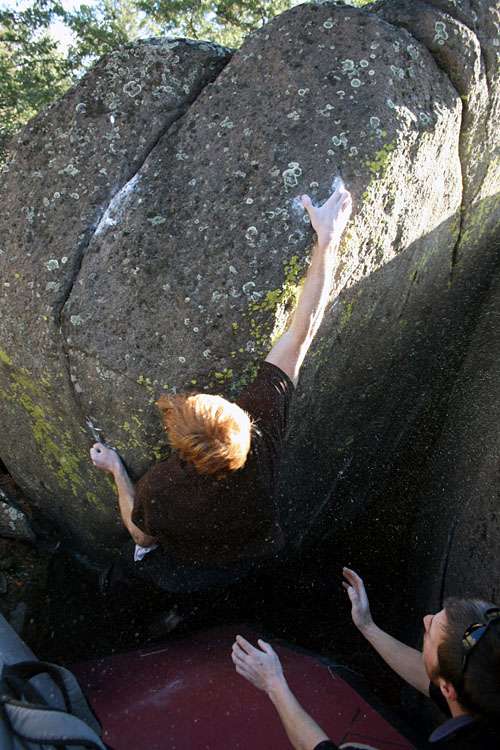 Pat found a new OW roof that stuck his interest... 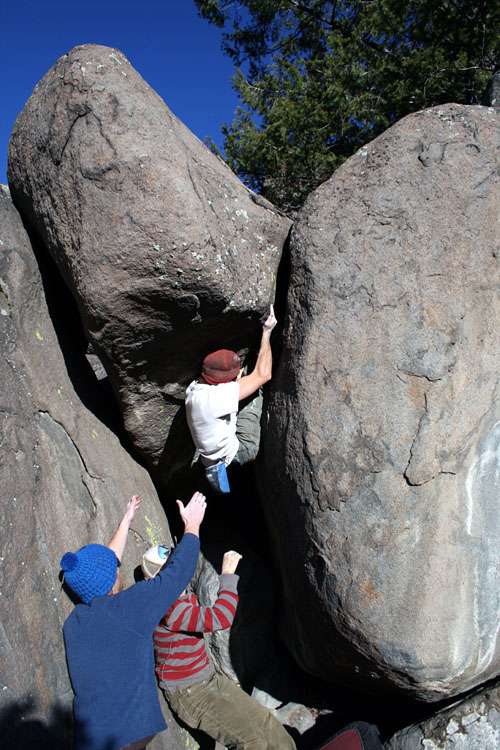 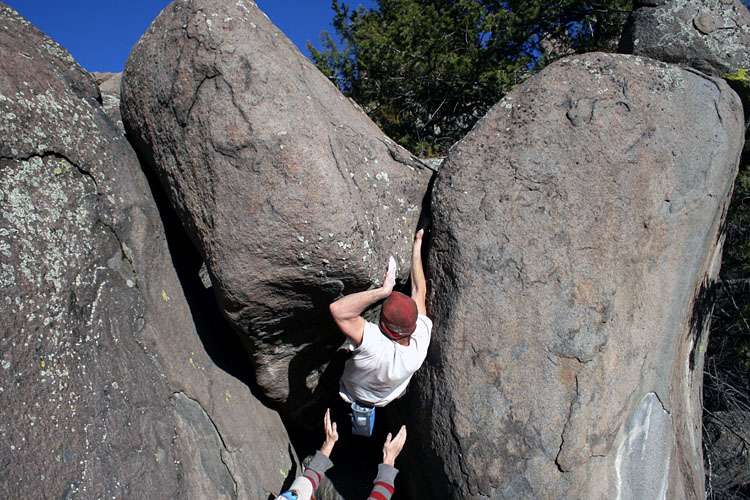 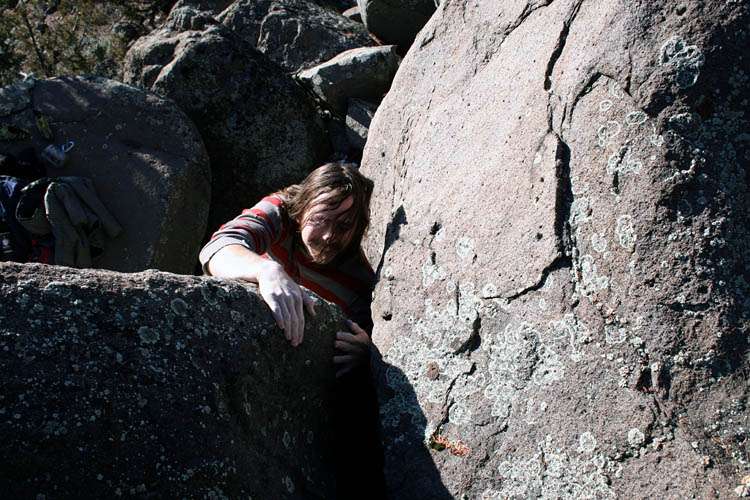 Cousin It thought it was pretty good... 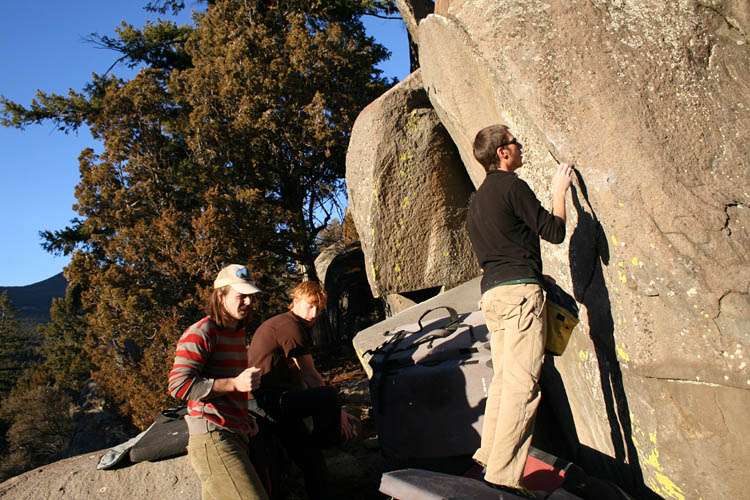 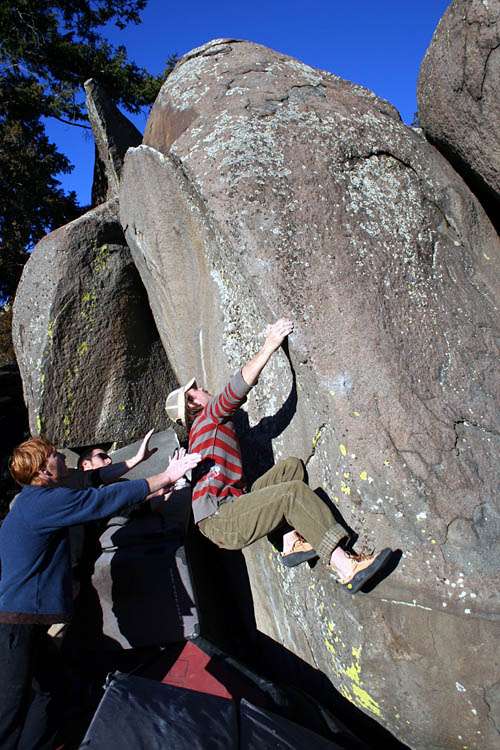 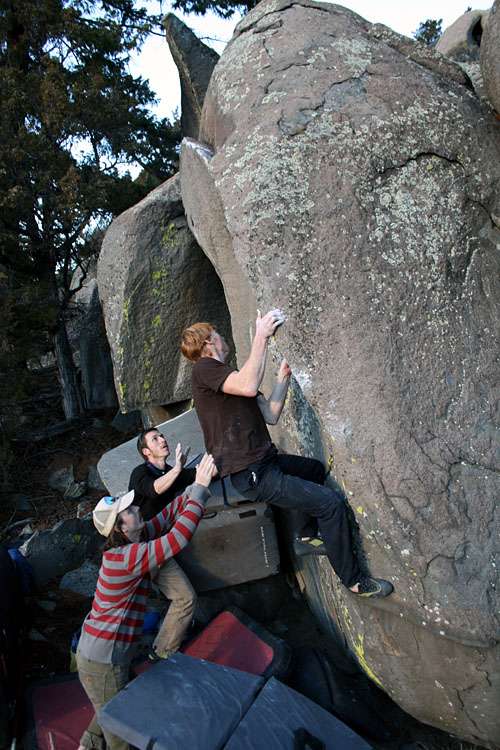 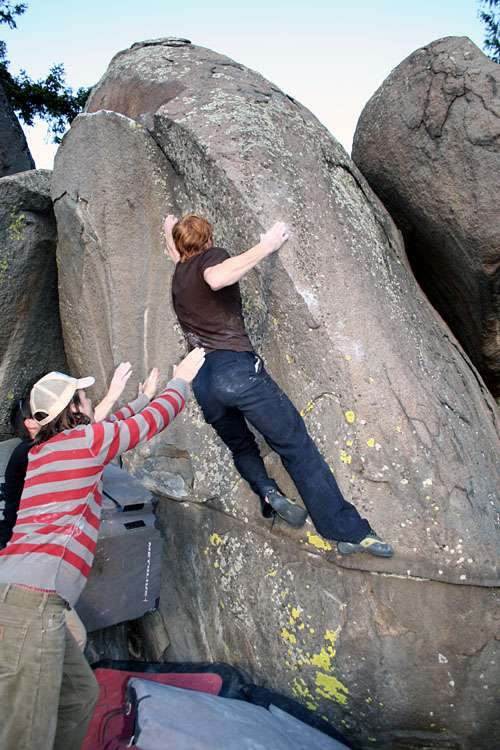 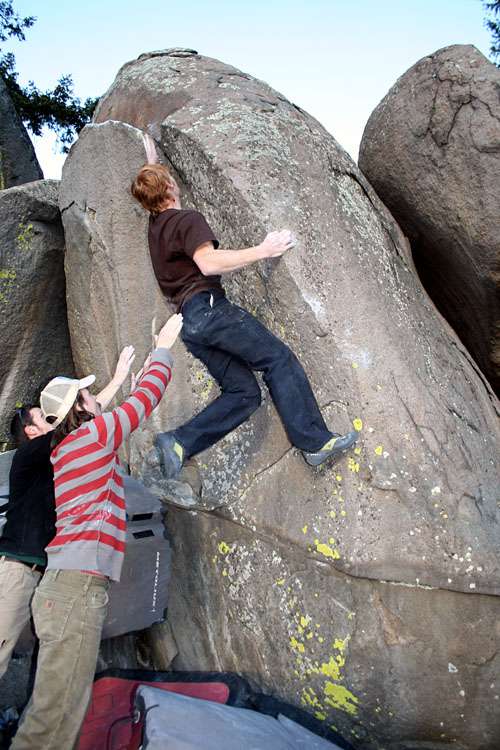 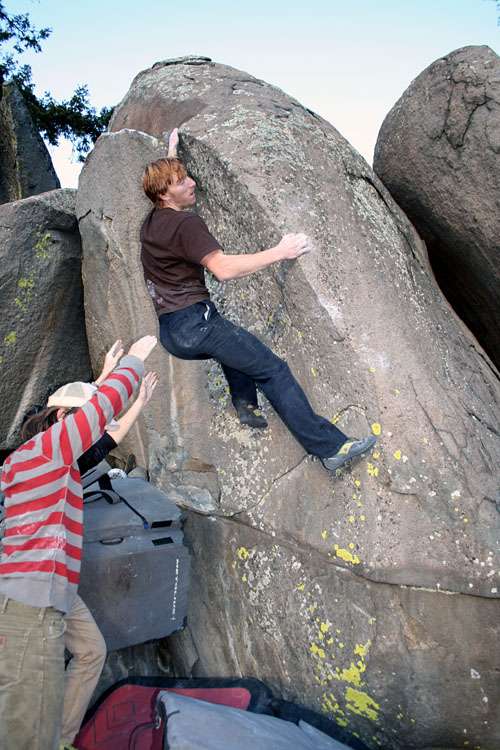 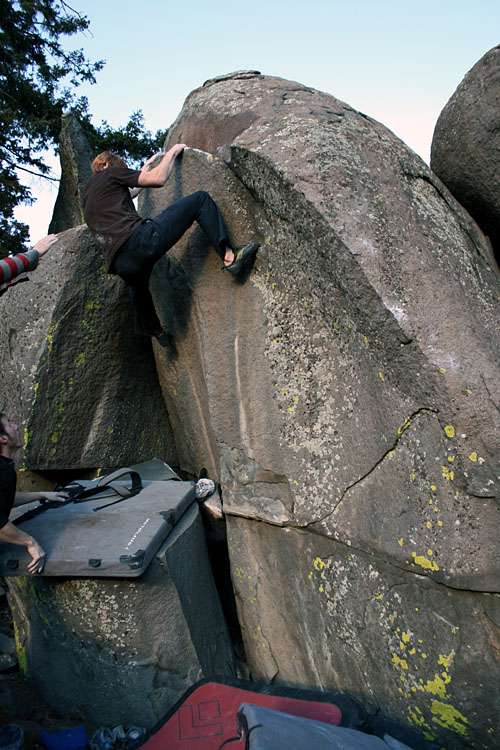 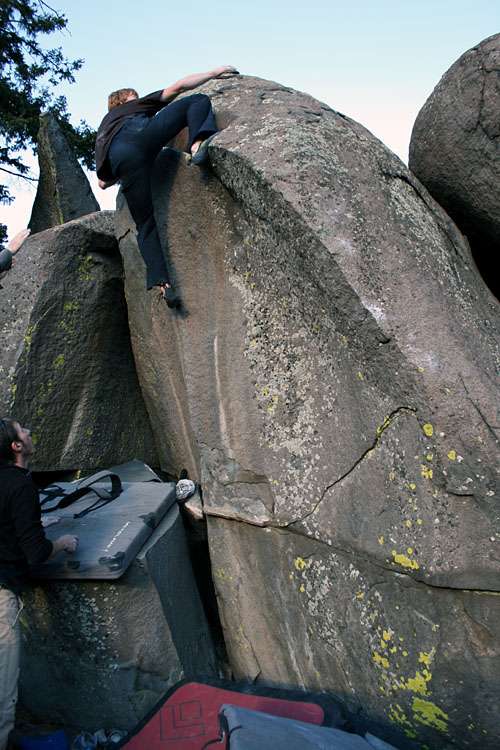 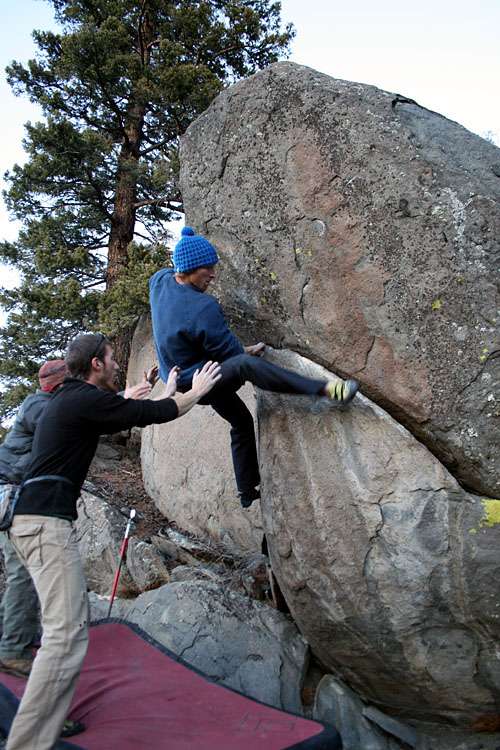 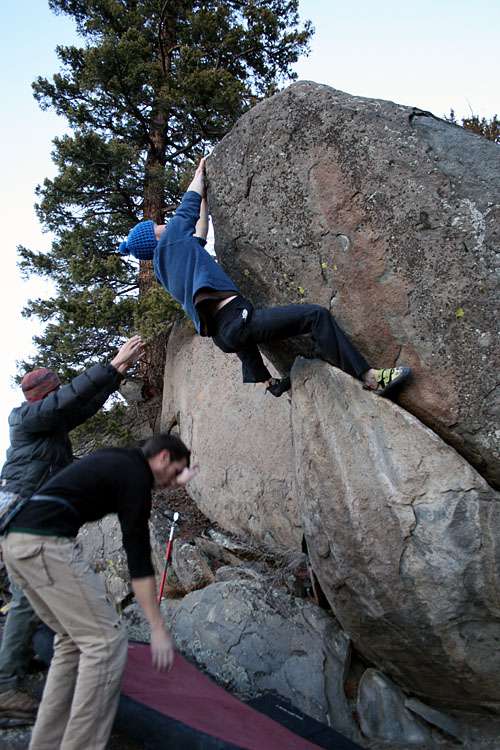 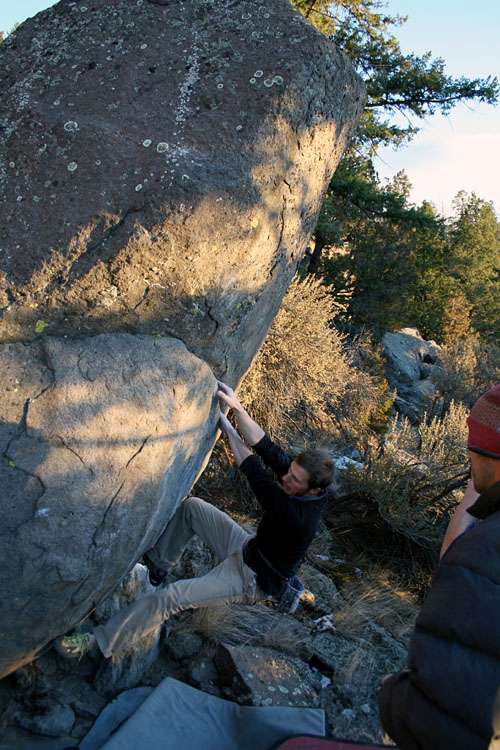 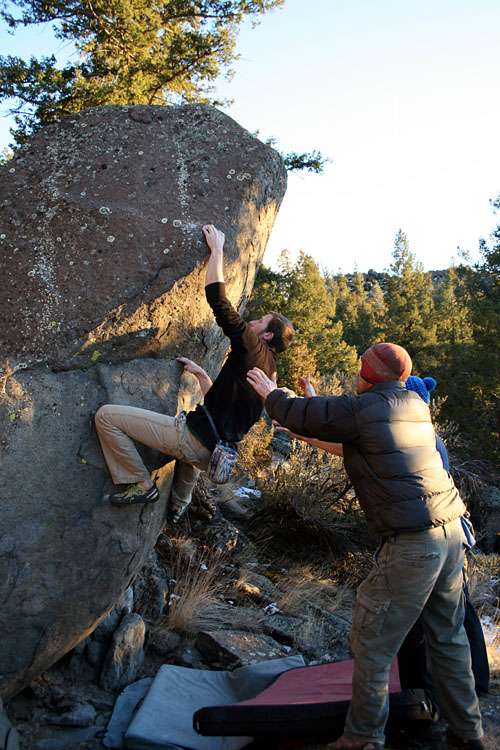 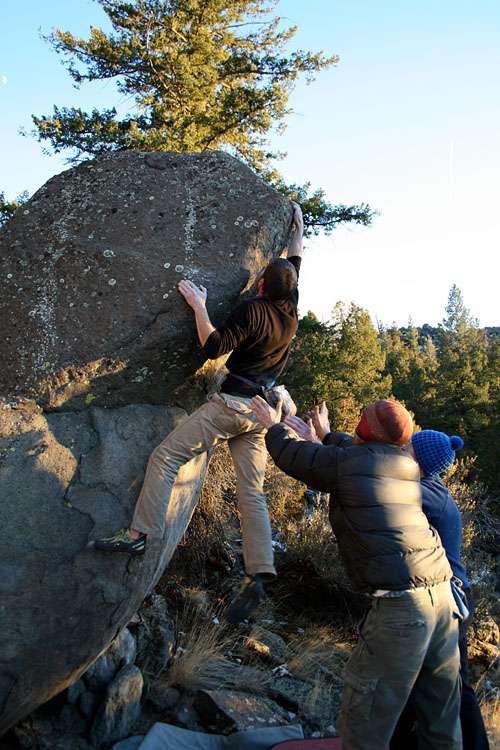 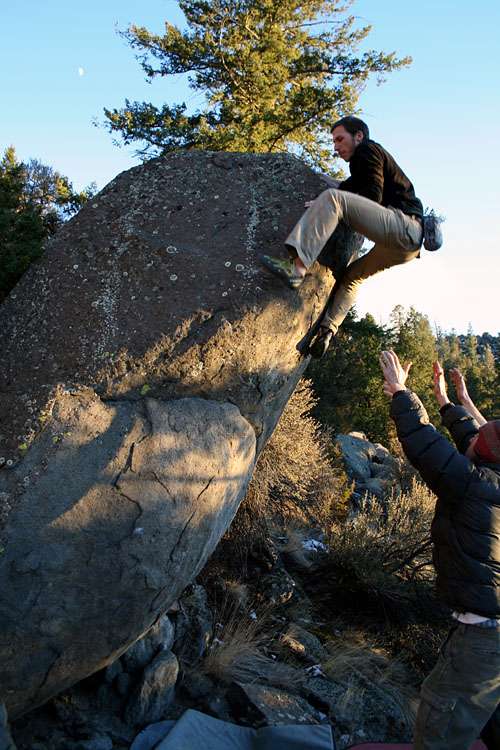 We then rounded out the day with El Sobrante Fortnight, one of the few previously established problems... 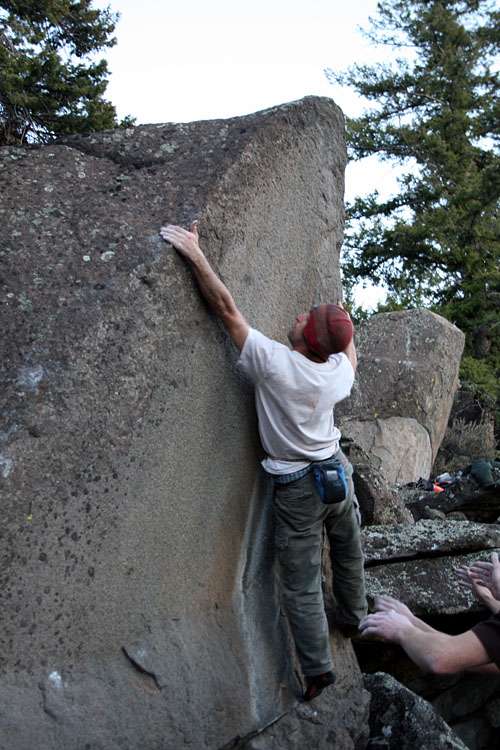 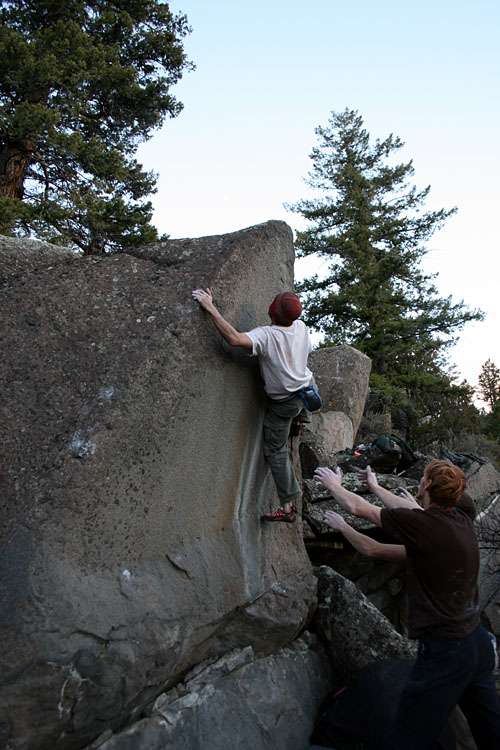 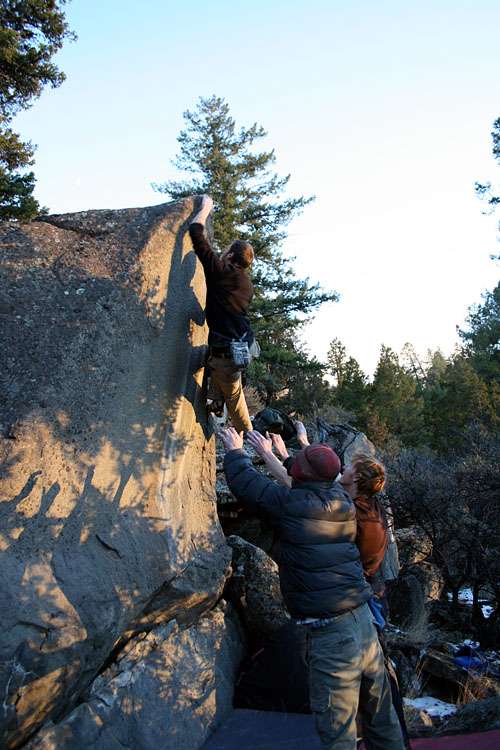 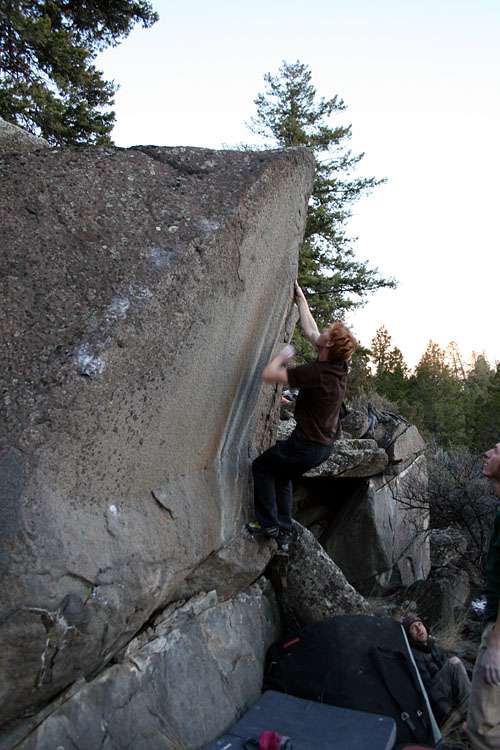 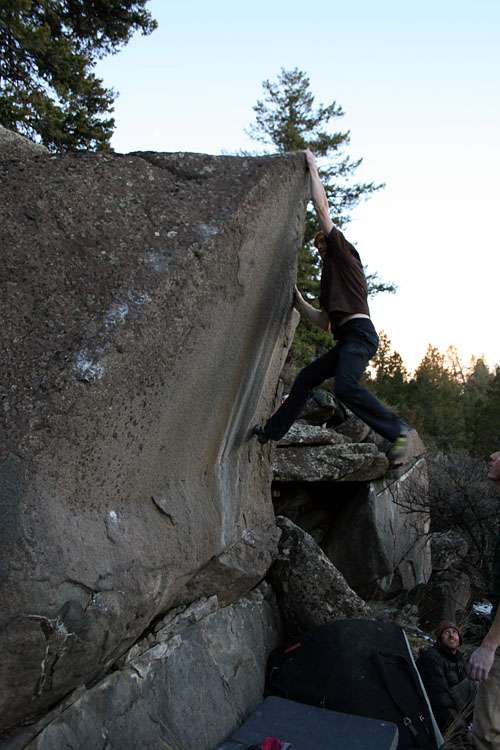 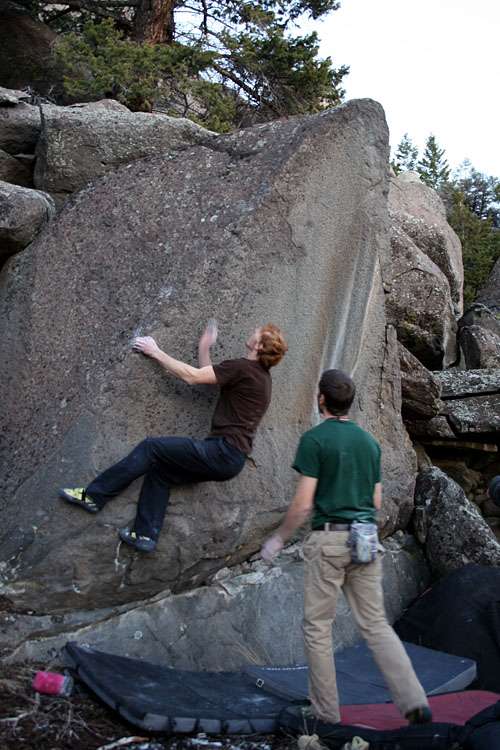 
Thanks again for a fun session guys...again next week? Maybe we can get Hutch to the right spot too....
Posted by TKingsbury at 1:58 PM

Beautiful to see you guys cranking during Montucky's winter... Hopefully the -30 low on Saturday won't keep you away... Shots are looking nice and crisp.. Well done.