The trailers were parked, folks were hanging out, and we had some days to climb and explore...a recap of some of the post-bash climbing...

Sunday morning after the bash, after a bit of cleaning up, coffee drinking and waking up we headed from the trailer camp out to the backroom of the Bourbons...about a 10 minute walk or so from the regular Bourbons parking. Pat, Justin, Cole and I headed out to show Justin the overhanging crack project - a bad size at a bad angle...seemed like quite the warm up. I felt pretty worked from the day and evening before, but Justin taped up and threw down. Crushed the rig 2nd go, and nearly onsighting the thing...Proud! 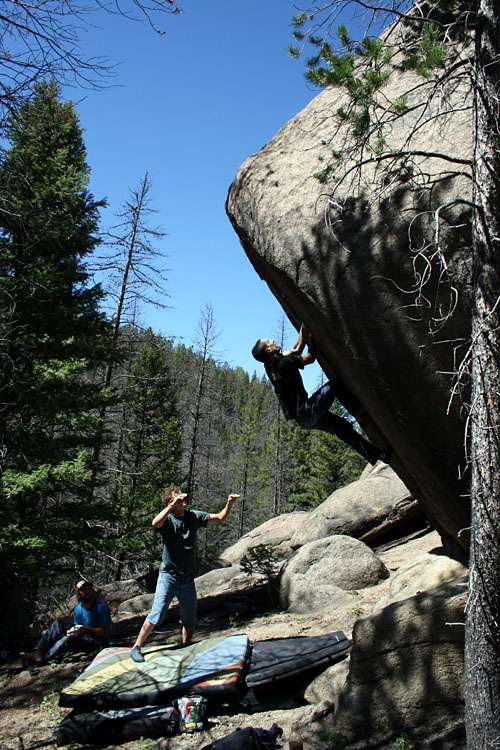 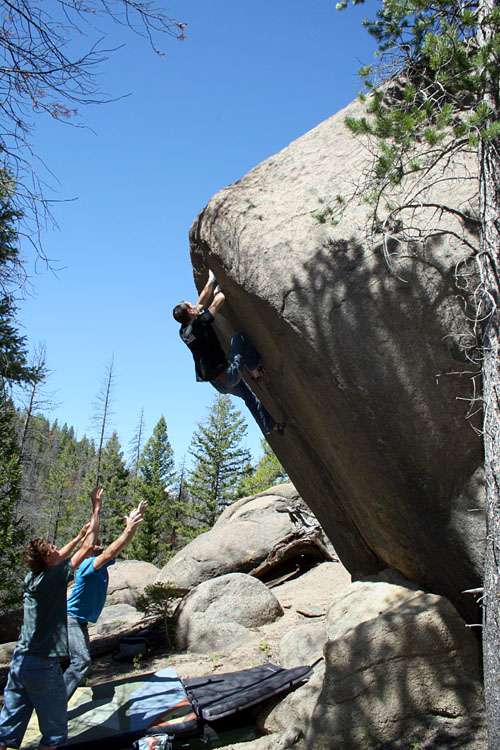 Pat and Cole gave good attempts as well, we also played around on a couple nearby stones...

Cole on the no hands slab 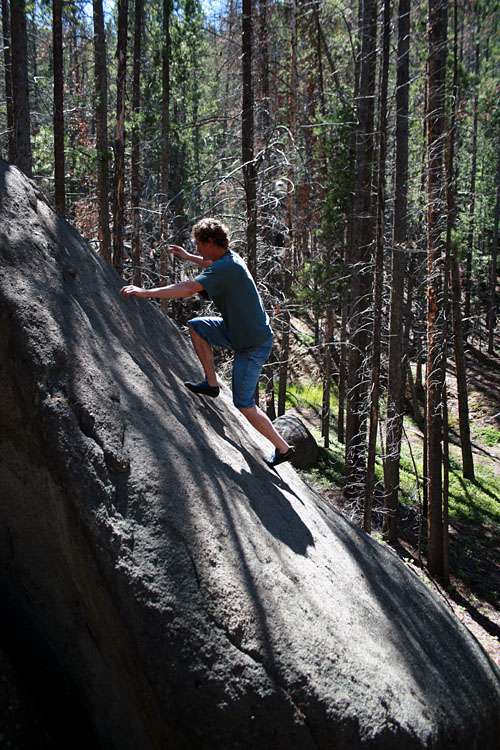 We then headed back to the headquarters, dropped off Cole, picked up Eric and headed out to the Cloven Hoof...a new OW that Pat established early this summer - short and stout. Justin continued to dispatch and onsighted the Cloven Hoof. Strong work for sure! 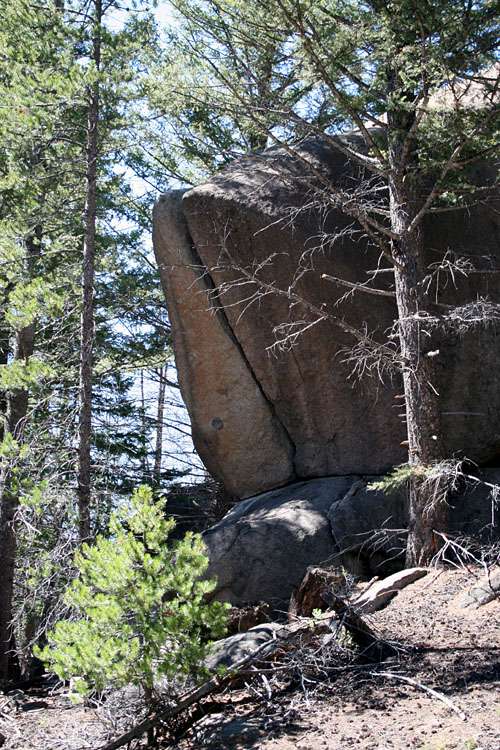 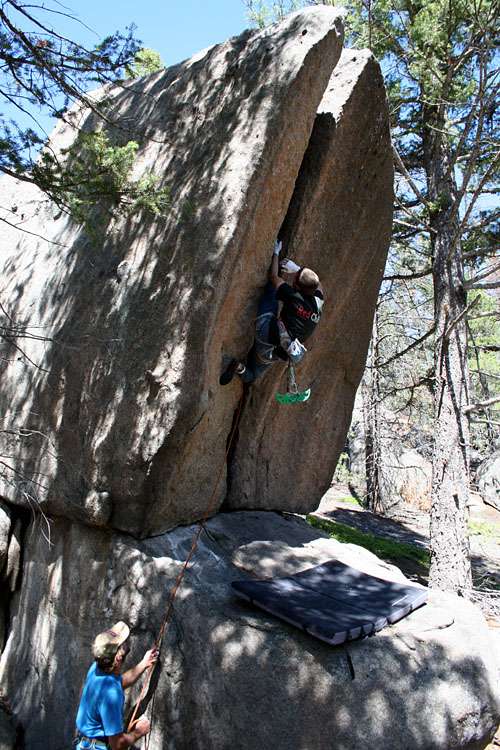 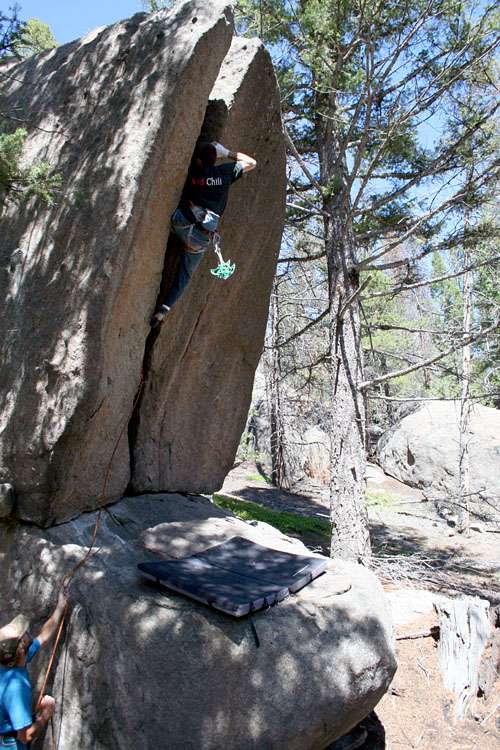 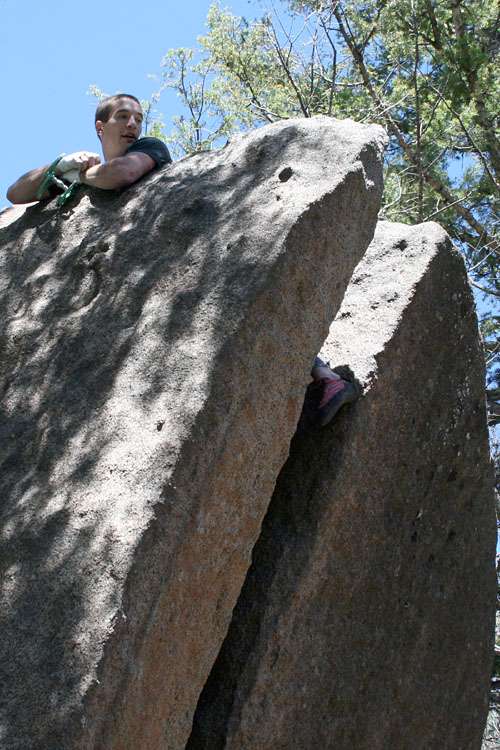 We then continued out into the Coyote Flats to mess around on the Corner Project...the day was getting late for Justin as he had to hit the road, but in my couple of attempts I gained a new high point...stemmed back into the corner as it blanks out...just a couple more pure stemming moves to the top...should be an interesting finish.


We said our goodbyes and Justin headed back to WY, hopefully to return sooner than later. Pat, Eric and I loaded up and headed out for an evening session on the new OW/squeeze that Kevin spied a few weeks prior...a quick hike on the CD trail to access a nice small outcropping with a number of interesting lines. Pat roped up and jumped in...the flakes at the bottom of made pro a bit funky, but soon enough he was fiddling in a couple blue bros, a challenge with the flared nature of the line. A really good onsight attempt, but we were forced to continue another day as we were lacking enough tubes...thing is WIDE! 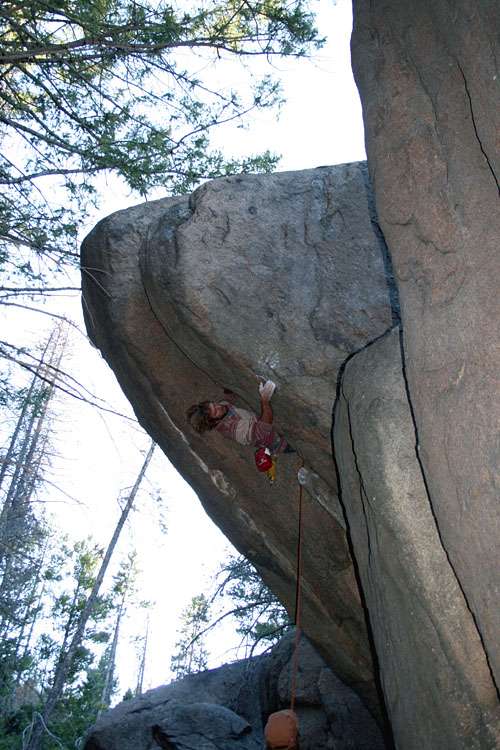 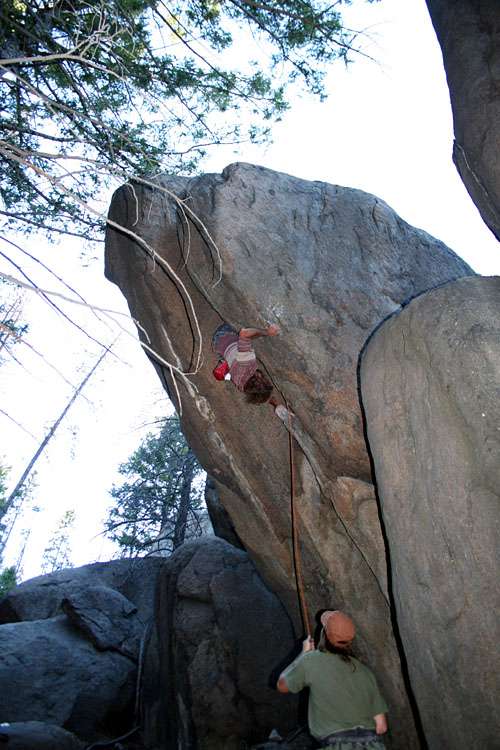 I had to head back to Bozeman that evening, but after a couple hours at the office the next day I was back on the road out there. I arrived in the heat of the day on Monday at the trailers...I was nearly met by Pat and Eric who were psyched on a new find. We loaded up pads and gear and headed out to the hillside find. Another great new OW roof...still a project, pure stacking for the beginning...Pat is really close, the landing off the lip mantle is horrible though... 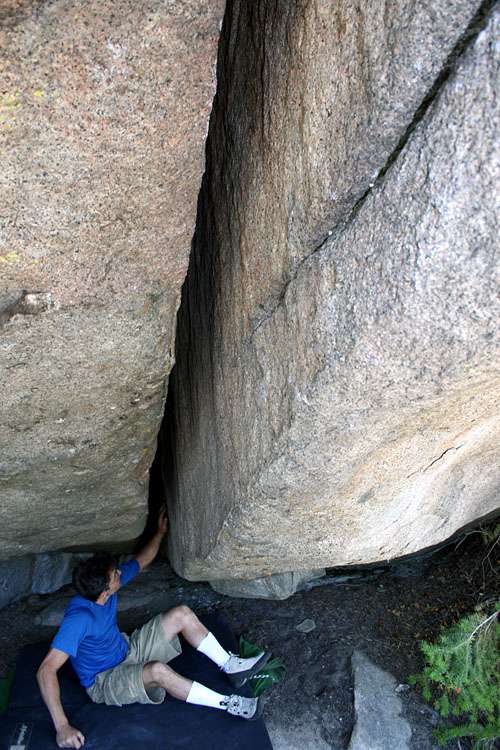 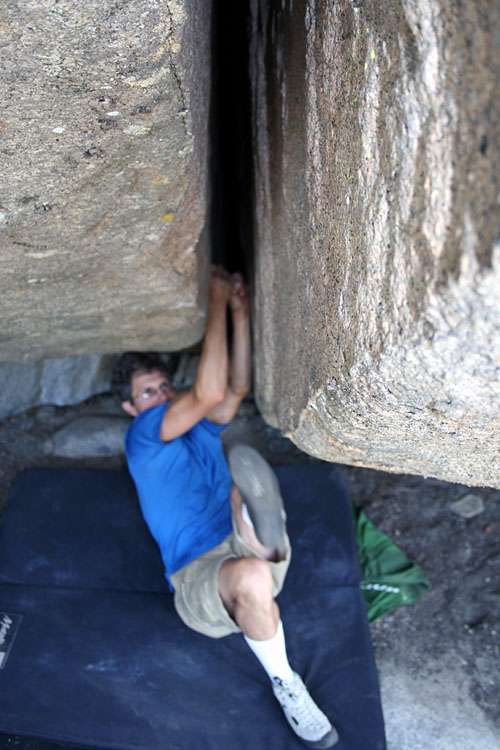 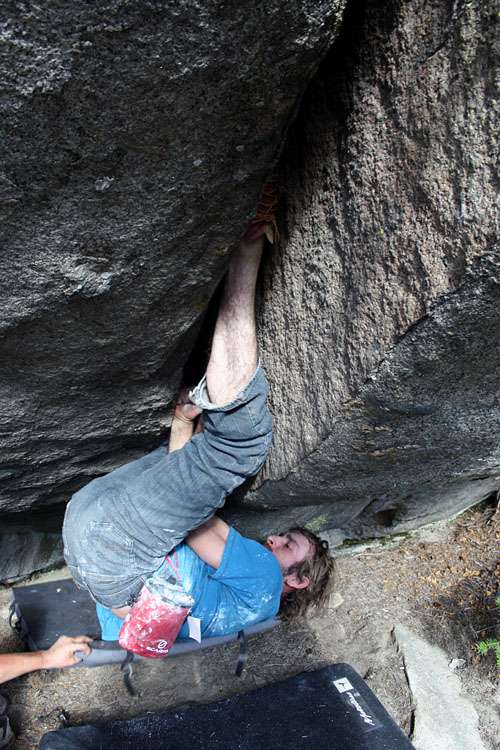 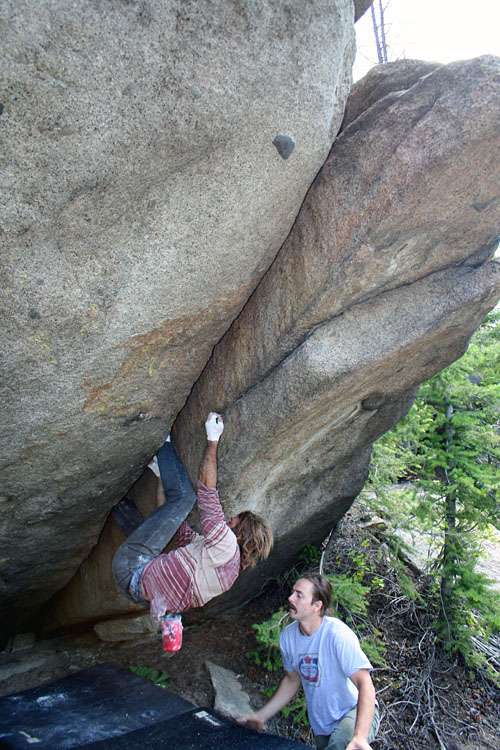 Crazy what lurks out there, and continues to be discovered...glad folks were able to hang after the bash, a great extended time in the woods for sure.

Cheers!
Tom
Posted by TKingsbury at 11:12 AM

We got 4 new problems and a good new face proj downhill of Special Reserve.

Worked on the Bachar Traverse...made progress (inch by inch).

Pat and I came up with a TR solution for the "Blue Tube Project"--it will still be an optional lead climb for hone masters, but a bit less scary for the wide timid:-)

Right on Hutch, Pat said y'all got on the thing to the left too...I wanna get on that rig.