Yesterday afternoon Brian and I hiked out the Welch's Spur, or Welch Quarry. This was an area I had yet to visit, but the history surrounding the quarry was intriguing. The 100+ year old quarry had supplied the stone for many of the buildings in Butte and Missoula. It was also near a formation called "Pipestone Rock" on the topo map, not to be confused with Spire Rock aka the King & Queen.

The largest granite quarry near
Butte is located at Welch's Spur, 17 miles east of Butte. The
quarry is located on a spur of the main line and 1 1-2 miles from
Welch's station. The granite is fairly coarse grained, however,
not too coarse. The rock is black and white and docs not polish
well. The nodules that are found in this rock, as well as that
near Helena, are much darker than the granite proper, and very
fine grained.

The mass of granite forms a sort of dome, or anteclinc, from
a side view, and breaks off, when quarried, similar to the con-
centric decomposition of a granite boulder.

The working of this property is quite extensive, for Mon-
tana. The drilling and dressing and loading is done largely by
using compressed air as the power. The air is compressed on
the grounds by means of steam power and has a working pres-
sure of from 90 to 95 pounds to the square inch at the quarry.

from:
Jesse Perry Rowe, "Some Economic Geology of Montana" (University of Montana, Bulletin No. 50, Geological Series No. 3, 10 March 1908).

once we turned up the side canyon/gully that led to the quarry, we were greeted with our first views of Pipestone Rock 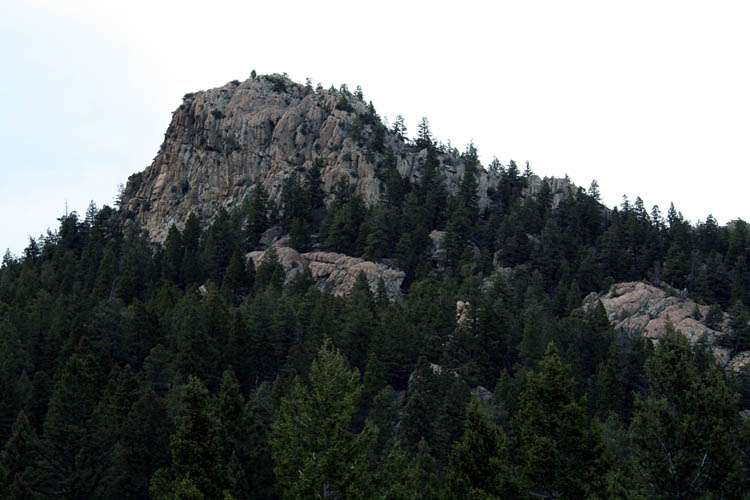 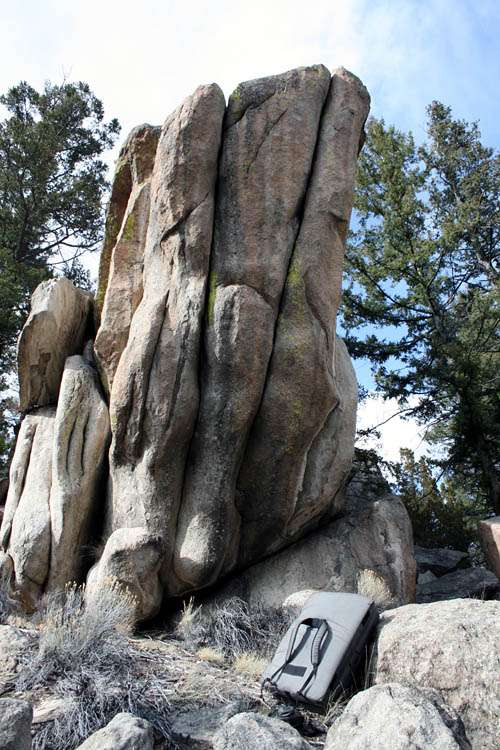 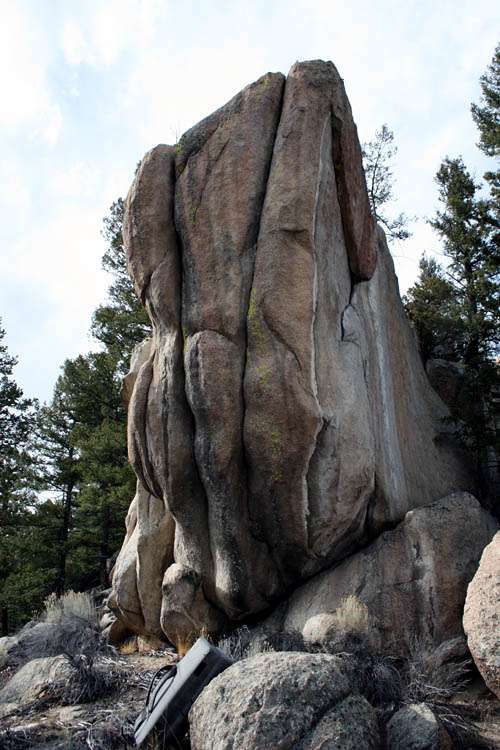 Pipestone's south face is pretty much choss, like an uglier sister of King rock basically...we did a bit of 3rd classing up the southwest corner to the summit to have a look around...The granite up top was good, and nicely plated, and the summit made for some nice views 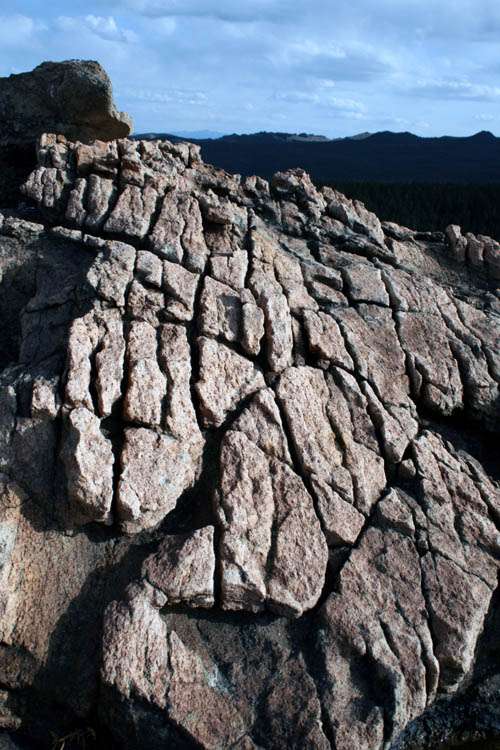 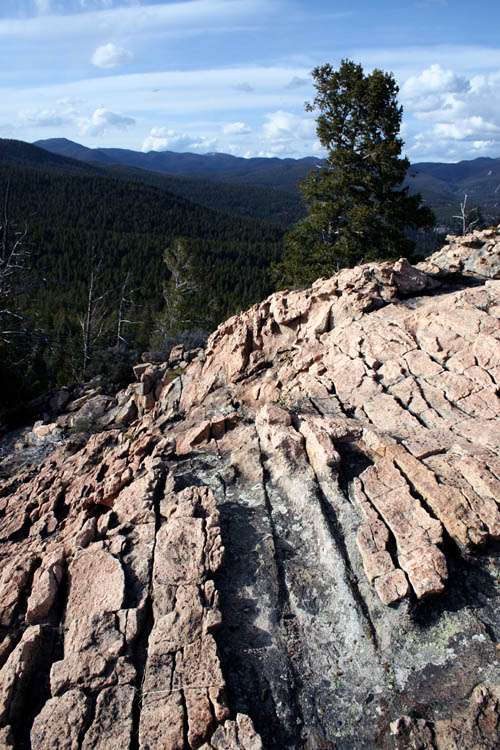 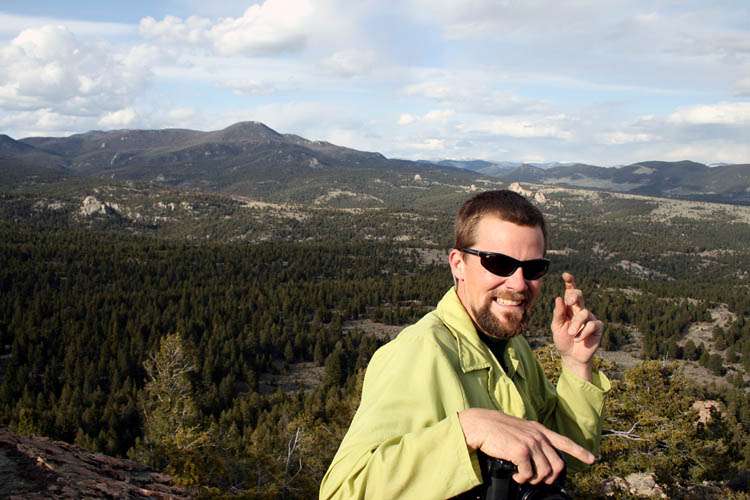 Brian and the Boulder Batholith, King & Queen are just above his head... 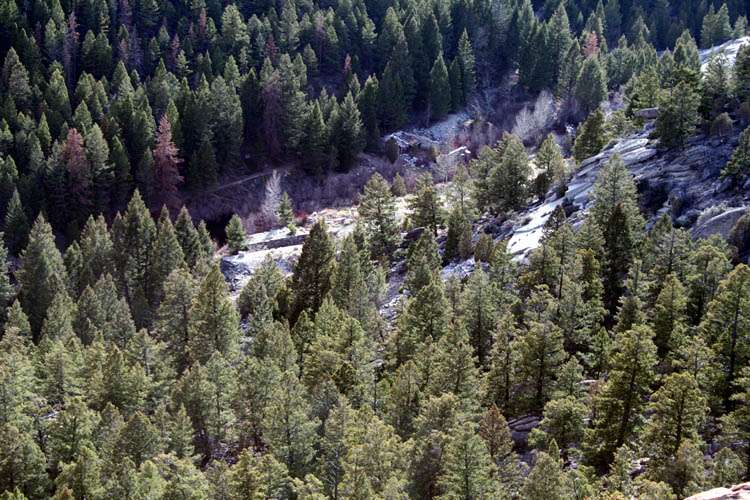 Looking down onto the quarry

On the summit was also a small alcove, with remnants of people camping through the years, as well as some carvings from 100+ years ago 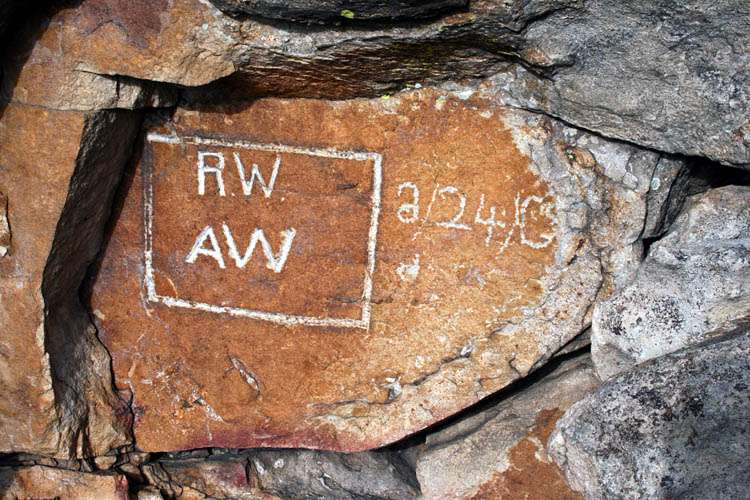 To the left of this carving in the alcove, there was a 10-12' VB boulder problem to the upper summit, consisting of large patina plates. As I climbed this, I knew I wasn't the only one to take this obvious path to the summit. Perhaps one of the oldest climbs in the Boulder Batholith.

We then made our way down to the creek and quarry 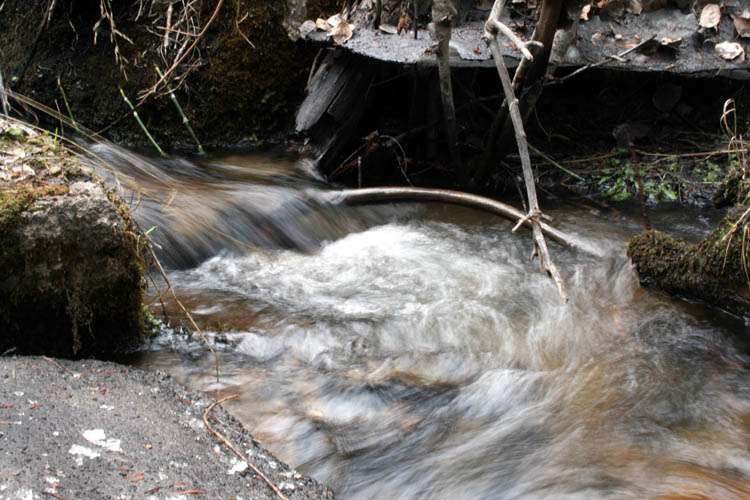 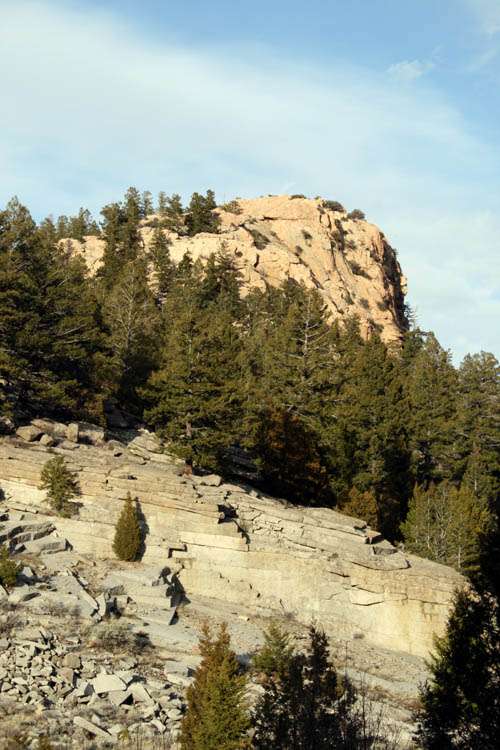 Looking back up at Pipestone Rock 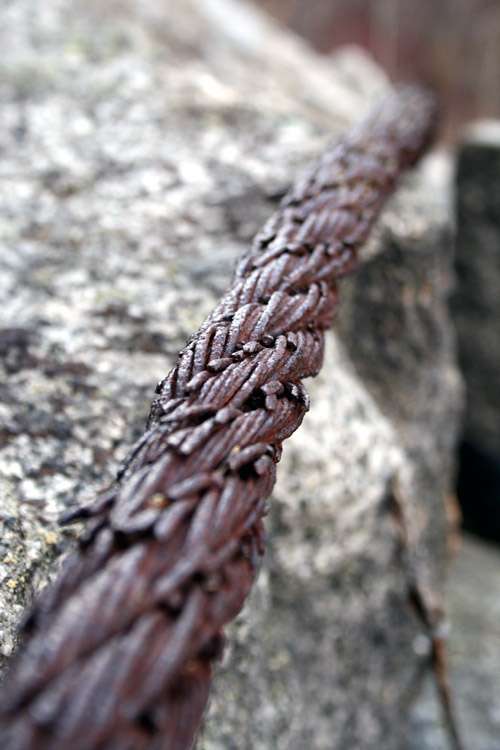 All in all, it was a great afternoon: exploring new ground and old relics in a favorite area.

Tom
Posted by TKingsbury at 9:34 AM